In front of a standing-room only crowd of cheering fans, Bell Helmets Rider and Phoenix local, Tyler Heuertz (@TallBoyyTee) with his effortless-looking riding style, rode away victorious at the first stop of the 2018 “Bell Brawl”, a first of its kind, invite only, V-Twin specific motorcycle stunt contest at the Phoenix Bike Fest. In total, ten highly talented stunt riders were given the opportunity to compete for the $2,500 prize purse, while displaying to the motorcycle community the increasingly popular sport of V-Twin motorcycle stunting. Carey Hart, Bell Helmets Rider and former FMX competitor, led the panel of judges alongside Danny Gorman and Kris Ganem.

IT WAS GREAT TO BE A PART OF SUCH A FUN EVENT,” NOTED HART. “THE RIDERS WERE ALL THROWING DOWN HARD! REMINDS ME OF THE OLD DAYS OF FMX. I REALLY HOPE TO SEE MORE OF THESE EVENTS WITH BELL.

WHEN YOU TAKE THESE SUPER TALENTED RIDERS WHO ARE ALL ON SUCH A HIGH LEVEL OF RIDING AND COMBINED WITH THE PERFECT VENUE PHOENIX BIKE FEST PROVIDES, EVERYONE WINS. WHAT A GREAT KICK OFF TO THE TRIPLE CROWN OF BELL BRAWL EVENTS THIS WAS!

Rounding out the podium were Dom Parrillo, also of Phoenix, in second place, and Phillip Hayes of San Diego in third place, both displaying amazing riding style and technique.

THE LEVEL OF RIDING IS MIND-BLOWING THESE DAYS,” MENTIONED MAX KUSZAJ OF RIDE AND DESTROY. “THESE RIDERS ARE PUSHING THE BOUNDARIES OF WHAT IS POSSIBLE ON BIG-TWIN MOTORCYCLES, WHILE FOCUSING ON STYLE AND TECHNICALITY. IT IS SUCH A RAW, PUNK ROCK, STYLE OF MOTORCYCLE RIDING THAT EVERYONE THAT ENJOYS TWO WHEELS NEED TO WITNESS FIRST HAND. I CANNOT WAIT FOR THE NEXT EVENT. 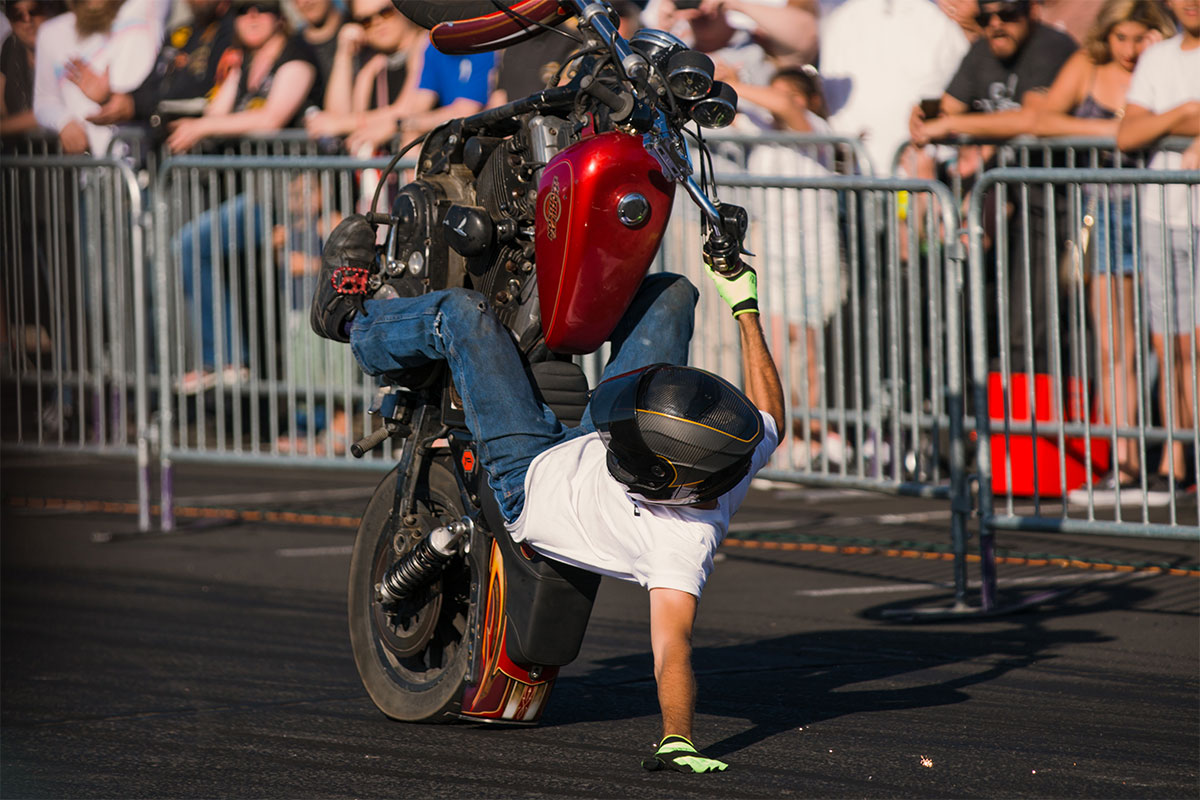 All event information and competition rules are available at: www.rideanddestroy.com/teamevents