There’s no world in which you are a fan of freeride mountain biking without knowing Tyler McCaul. Synonymous with the freeride movement, Tyler McCaul has seemingly been there since the beginning — when “freeride” was flying down dry lines in the middle of the desert, before luxuries like carbon downhill frames or media crews to perfectly capture your run. This year will mark a decade of Tyler riding in Red Bull Rampage, a number few have come close to. We decided to catch up with Tyler in his home garage right in La Verkin, Utah to see how he’s doing leading up to the event and how he’s preparing yet another show stopping run on his home turf.

Tell us about yourself — what inspired you towards freeride?

When I was a kid, all I cared about was racing. We had a lot of really sick local DH races across NorCal when I was growing up and that was a super fun time to be a kid growing up in Santa Cruz. We also had a ton of dirt jump spots in town when I was growing up so I was doing a lot of both…racing and dirt jumping. As I got a little older I started getting more into dirt jumping and doing tricks, and my focus eventually switched over to Slopestyle which is where I spent a good chunk of my career competing in contests. Having both racing and slopestyle in my background ended up being really good building blocks for freeriding and Rampage type stuff, so it just kind of naturally evolved into that.

My first Rampage was in 2010 and the event has changed so much since then. The biggest change has to be in the building techniques that have evolved each and every year. In 2010 I was there by myself, dead broke, camping in a parking lot every night, and building my line by myself. The only water we could use to build our lines (which is mandatory to get the dirt shaped the way we need) was at the very bottom of the hill. I would fill those little sprayer tanks you see at hardware stores that are made for spraying pesticides and carry them all the way up the hill. Some riders there had 5 people helping them build their lines and people to carry water for them. I was a rookie and didn’t really understand how it all worked so I was clearly at a disadvantage.

Nowadays in order to keep a more level playing field, each rider is allowed two people to help build their lines. There is irrigation run all over the whole hill that is layed out before we get there (and removed after the event), so we can literally attach a hose to a spigot and spray as much water as we need from right where we need it. It saves the time, energy, and hassle of carrying up a meezly 10 gallons at a time (one pesticide sprayer in each hand) and allows for way more dialed builds. For better or worse, it’s changed everything about the event. I like it because it’s so much easier to build things exactly how we want them and make them safer, but at the same time it took out a lot of the rawness of the lines and inevitably what the event has turned into as a whole. It’s a love / hate relationship with having water at your fingertips on that mountain! I’m guilty of using it, because why wouldn’t you.

We know you have several days ahead to dig your lines with your team. What factors go into play for you as you shape your line?

It really depends on the venue, and we have a whole day to scout the mountain and decide what line we want to take before we’re even allowed to get the tools out and start to dig. I usually try to look for a line that suits my style and has a couple of key features that I love to ride. I like to have a big, fast line, and like to get to the bottom as quick as possible without winding around the mountain too much. To me, that’s how a Rampage line should be and that’s what I love to ride the most.

Rampage is considered one of the most high consequence mountain bike events in the world, where hesitation can’t come into the fold. How do you protect your mindset and headspace leading up to the event and day of?

My favorite part of Rampage is that we can choose a line that suits our style and build it exactly the way we want it. It’s not like other contests where you just show up and have to ride what is there, and maybe there’s something on the course that you’re really not comfortable with riding. What’s gnarly for one rider might not be for another rider, and that’s what makes the lines that come out of that event from each rider so unique. There is also a lot of lead up throughout the build process until we’re allowed to start riding on day 6, and that gives me a lot of time to wrap my head around what I have to ride and mentally prep for it. There are usually a few features on my line that I’m super scared of, and if I got dropped into them one day and had to ride them that same day I would be terrified. I try to spend a good chunk of each day standing on each feature that scares me the most and that helps me prep for it and picture exactly how I want it to go so that when it comes time to ride, I’m ready for it.

What is your favorite Rampage run you’ve done?

Probably 2019. That line was the most burly one I’ve ever ridden, and that venue was so much steeper than all the other ones we’ve ever had. I flipped something at the top that I chickened out of the year before, and flipped another one mid-line that I never would’ve thought about flipping the year before. The drop towards the bottom that I named “Triple Dipper” was scary as shit and I was just stoked it worked every time I rode off of it. 2017 was another run I was really proud of and I think it’s one of the best I’ve ever done, but it was also one of the worst results I’ve ever gotten. You never really know what the judges are looking for, but that’s part of it!

Where are you in the lifecycle of this sport? Can we have this interview again for your 20th year at Rampage?

That’s a hard one to say! The sport is evolving so fast and there are so many up and coming kids that are super hungry for it and working their way up into getting into Rampage one day. Lines are becoming more manicured and it’s becoming more about tricks rather than burly lines, and that’s what I felt like suited me the best. So we’ll see! Sports evolve, and as athletes we need to evolve with it if we want to stay relevant. I figure when my time is up I’ll know it, but I will keep doing it as long as I have the passion for it and I feel like I still belong there!

As you look towards the next generation of freeride athletes, what makes you most excited to see happening in the sport?

There are so many kids out there now that are so damn good, it’s crazy! There are a lot of younger riders who have discovered some of the OG Freeride flicks from the early 2000s and found a lot of inspiration from those videos. They’re mixing the classic with the modern and it’s turning into something really cool, and I think it will take over soon! There has also been a huge push in Women’s Freeriding over the last couple years and they have been killing it. A lot of girls are growing up watching that stuff and getting inspired by it which is also really cool to see, and I imagine we will see a lot of young female rippers getting into the sport over the next few years. 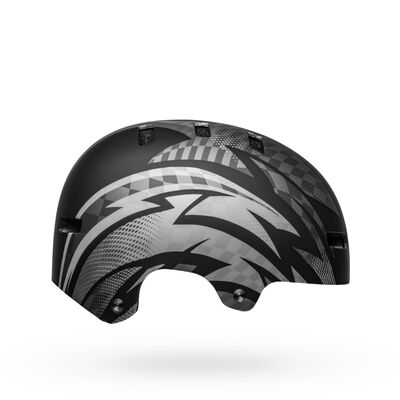