Bell jumps back into professional road cycling with Fortuneo-Samsic

Bell Helmets announced its return to professional road cycling, partnering with the UCI Pro Continental cycling team, Fortuneo-Samsic for 2018. New to the team in 2018, is Frenchman Warren Barguil — winner of two stages and the polka dot jersey (mountain classification) at the 2017 Tour de France. Barguil leads Fortuneo-Samsic with the ambitious goal of not only bettering his two stage wins of 2017, but also again capturing the polka dot jersey.

Bell has had a long tradition of involvement with professional road cycling and it has been exciting to help bring Bell back to the forefront of the European peloton with team Fortuneo-Samsic and to partner with Warren Barguil as he prepares to defend his climber’s jersey at the Tour de France. 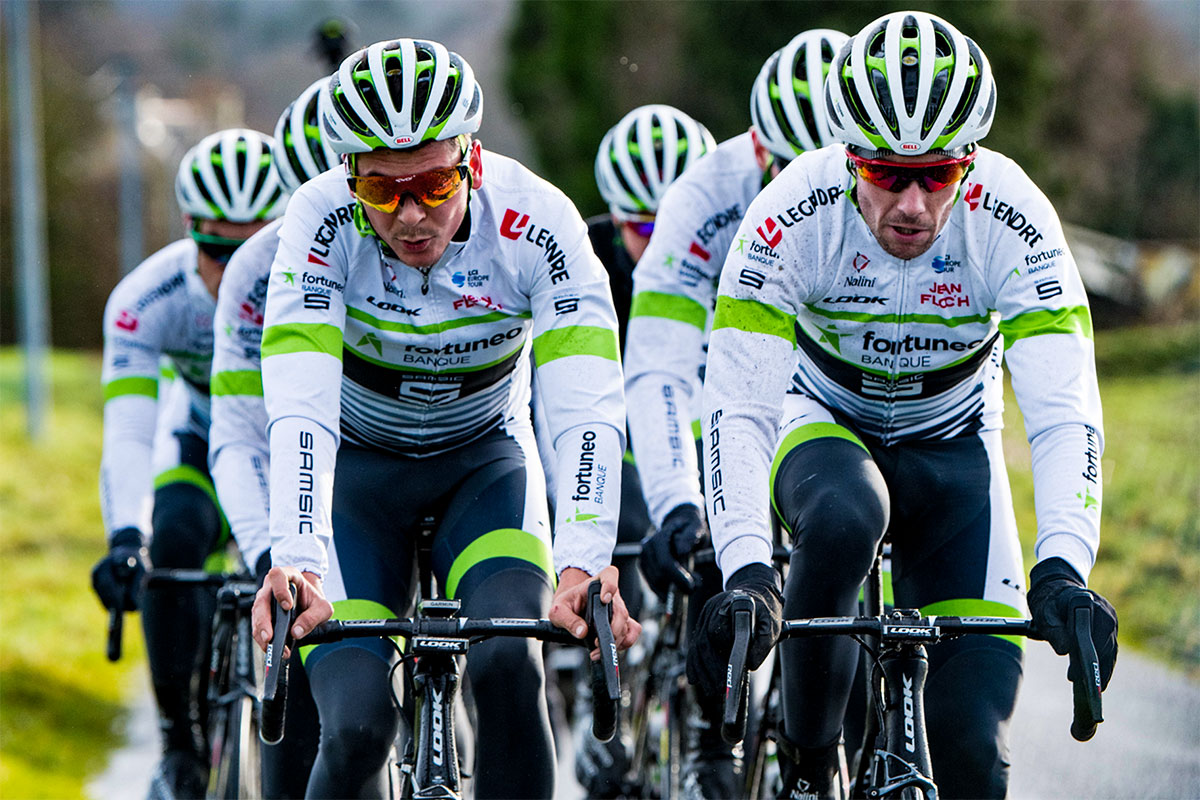 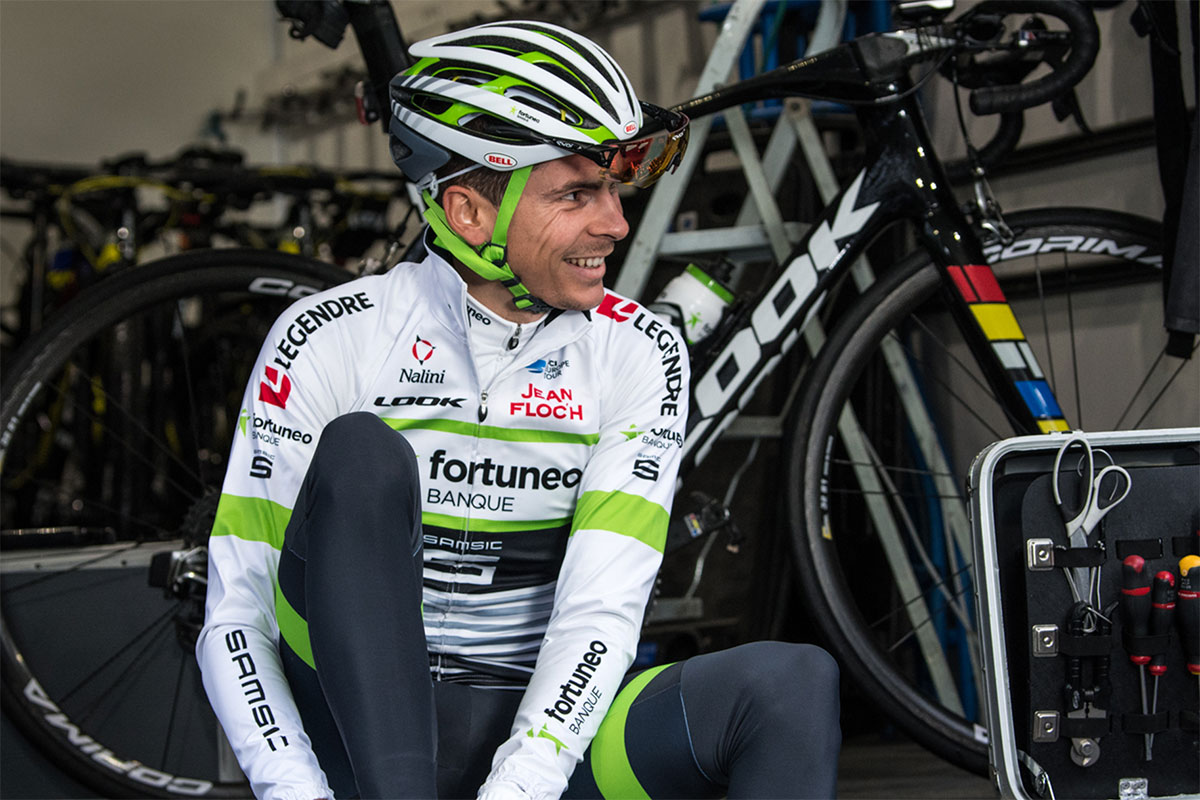 Fortuneo-Samsic heads into 2018 with its most competitive squad in the team’s storied 23-year history. Headed up by Barguil, and 2015 Under-23 world champion Kévin Ledanois, the Pro Continental team secured its fifth consecutive invitation to the Tour de France to defend Barguil’s polka dot jersey. Barguil’s decision to return to Pro Continental status and race with a team based near his hometown in France’s Brittany region embodies the spirit and passion for cycling that Bell Helmets was founded upon.

Riders and staff recently came together in Auray, France for the first training camp of the year where Bell’s sport marketing manager Austin Rojas and Hibbard presented the team’s riders with Bell Helmets in the white and lime green colorway of the team.

Of the camp, Rojas said, “It has been great to see the level of enthusiasm of the rider’s — the excitement of having a leader like Barguil around whom to rally is palpable.”

As Barguil climbs his way toward a second polka dot jersey at the Tour this year, he and the Fortuneo-Samsic team will wear Bell’s highly ventilated Zephyr helmet that features a progressive layering energy management system and integrated MIPS for optimal fit and comfort. The team will also sport Bell’s aerodynamic Star Pro aero road helmet and proven Bell Javelin time trial helmet throughout the 2018 season.