As a young teen, Craig Schommer had an eye-opening introduction to bike racing at a San Jose velodrome: “I remember racing around, scared out of my wits, and then somebody crashing … unconscious in a pool of blood, and I’m thinking: ‘Jesus, why did I pick this sport?’”

Luckily for the sport, Schommer stuck with it. He went on to win national championships, worlds’ medals, a stage of the legendary Coors Classic and a spot on the U.S. Olympic team. Today, at age 50, he works for a marketing agency in Portland, Oregon, still rides a bike — and always wears a helmet. Putting that long-ago velodrome crash into context, Schommer reflects, “You could crash like that today and you’d probably be fine. We get a sheet of ice on the streets in Portland every winter, and even on studded tires I always go down and hit my head. But the helmet saves me.” 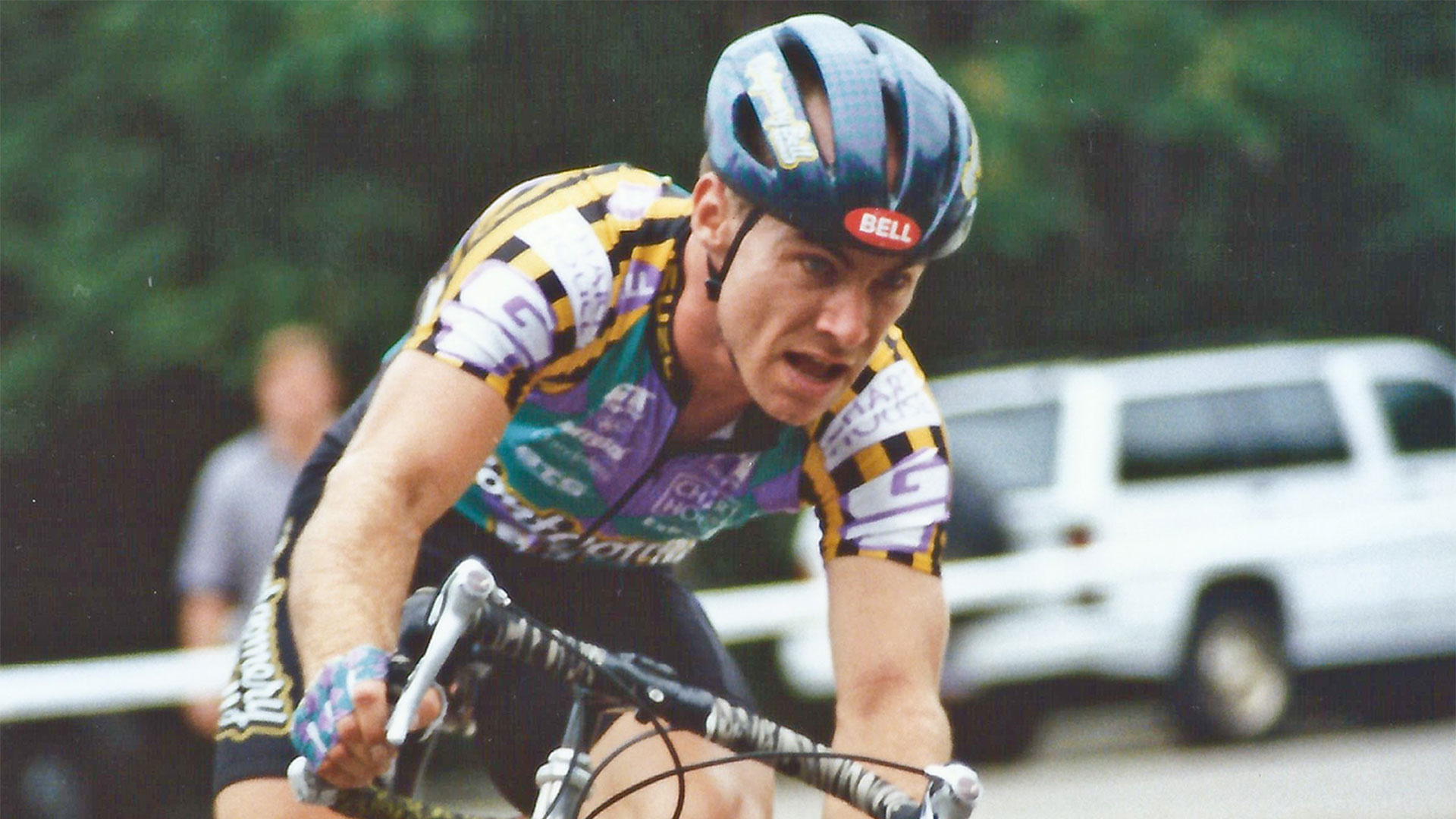 Like many kids, Schommer bought his first bike, a Univega, by saving up his newspaper-round money. On a map, he and a friend found that “the only roads that looked interesting were squiggly lines going into the mountains,” he says. “In no time we were riding up Mount Hamilton and the insane climbs they now do in the Tour of California.”

The two friends next found an oval-shaped “velodrome” on their map. “What’s that? A running track?” They discovered it was a cycling track. On a borrowed bike, Schommer was soon “racing with grown men, hanging on for dear life. My dad would go and hide in the car, going, ‘Omigod, there goes my son … .’”

Despite that, his father took Craig to the intermediate track nationals in Trexlertown, Pennsylvania — “and I talked Dad into pacing me on roads in the cornfields.” That prep helped him win the national omnium title as best all-around rider. “That’s like the highlight of my life,” Schommer says. “When you’re 14, you’re more nervous about racing — it was like life-or-death. In the last race I had an out-of-body experience. I went from mid-pack, about 10 bike lengths back going into the third turn … and won by 10 bike lengths!”

Now hooked on racing, Schommer went on to win the one-kilometer time trial at junior nationals and was invited to the Olympic Training Center in Colorado Springs, where he lived, trained and raced for three years. During his tenure, he won two world championship medals. At the 1983 junior worlds in New Zealand, he took silver in the team pursuit, partly thanks to coach Eddie Borysewicz. “He put radios in our ears, mounted to the inside of the aero helmets,” Schommer says. “That was genius.” Using that rudimentary wireless technology, the coach could bark instructions to his four riders from the bleachers.

A year later, at junior worlds in France, Schommer had a different helmet experience. While bursting away from a dead start in the kilometer TT, the front of his aero helmet tipped down over his eyes. “It gave me tunnel vision, looking through the wheel,” Schommer says. He battled through to take second behind East German wunderkind Jens Glücklich. 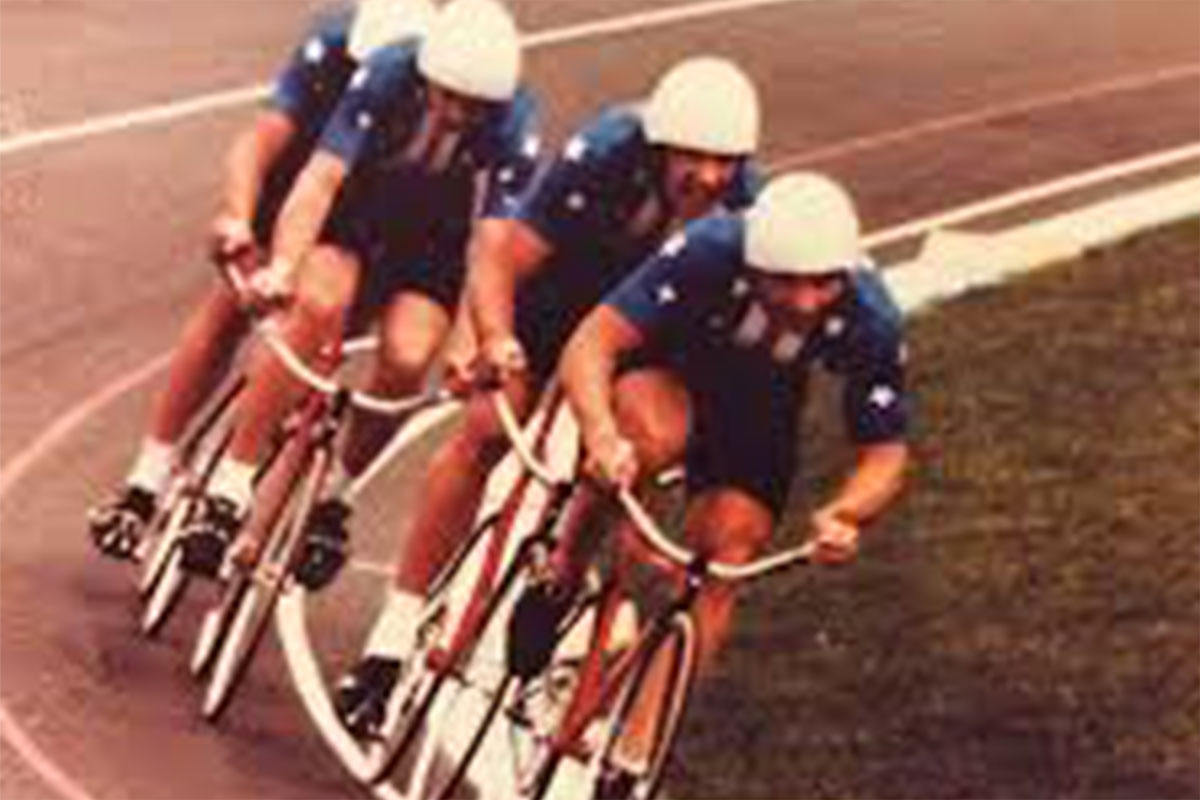 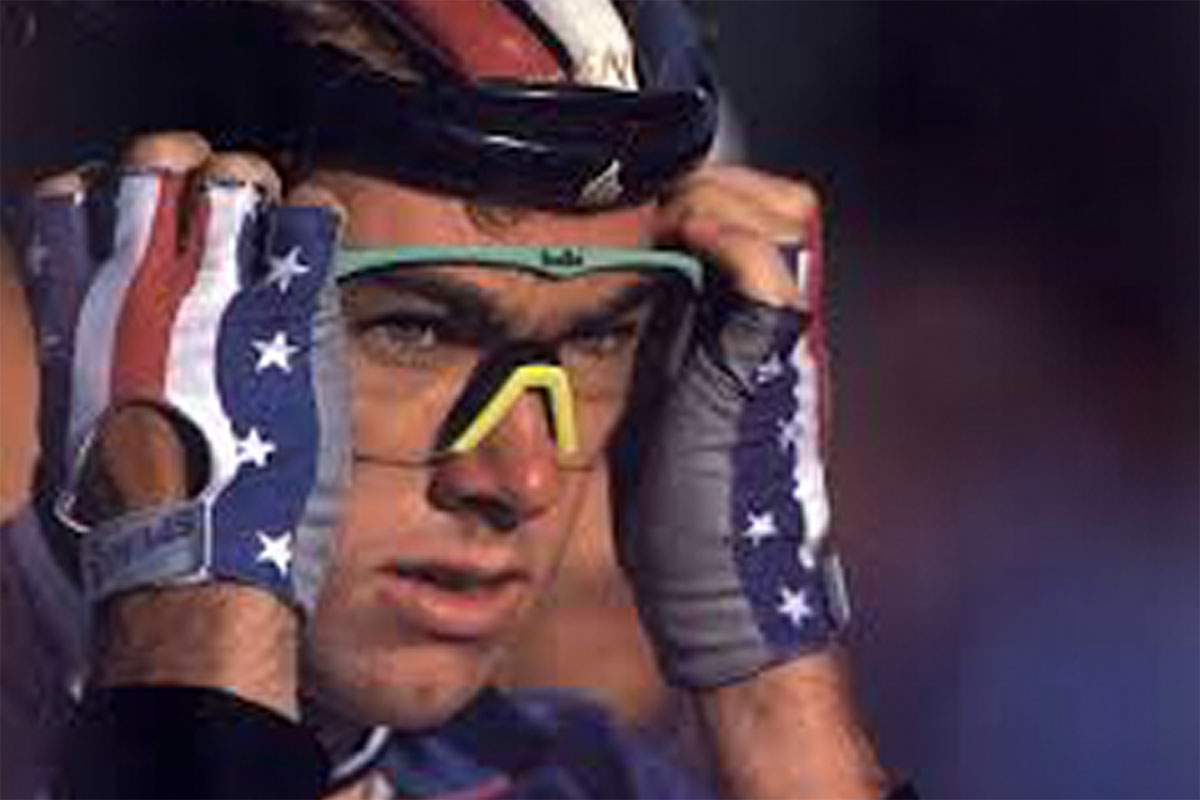 I had a Skid-Lid, the first step away from hairnets. Did they even test those things? I once tried racing in France without a helmet — it scared the hell out of me. I remember the first Bell helmet … the black one had a really thick outer shell that we carved on the inside for more ventilation.

Schommer’s track speed helped his road racing. By 1988, at age 21, he was ready for the Olympic trials, where the best three riders in three races earned selection. “I didn’t expect to go to the Olympics,” Schommer admits. But he was top 10 in the opener and won the field sprint in the second race — “I was going so hard, I almost crashed into the breakaway group.” And he made it into the winning break in the finale. “The guy in front of me decided he wasn’t going to sprint, so I’m pinned against the railing while the others are sprinting away. I’m pretty modest and shy, but I’m screaming at him: ‘Move! Move!’ I finally grabbed him and pushed him out of the way. I got third — and made the team.”

Before heading to Seoul, the Californian won a Coors Classic stage in Oakland. Seasoned pro Tom Broznowski was the danger man. “Tom goes for the sprint early, gets a gap,” Schommer says. “I start to catch him and my index-shifter starts to downshift for me … . I feel like I’m in quicksand, but I pass him just before the line.”

That victory set up Schommer for the Olympic road race: “I spent most of the warm-up sitting in the outhouse, so I was dehydrated. Then I dropped my chain and thought, ‘Great, this is going to be my Olympic legacy. I get sick, drop my chain, and get dropped.’ But I got my chain back on, chased like hell, and finished in the pack.”

While still an amateur, Schommer shocked the pros at the 1990 Tour de Trump with a solo attack on the uphill stage finish in Bethlehem, Pennsylvania. Only one man passed him: Olympic champion Olaf Ludwig, who won a Tour de France stage that year.

After turning pro in ’91, Schommer was always a factor in domestic racing — even placed second to super-climber Mike Engleman in the Mount Evans Hill Climb, America’s highest paved road, at over 14,000 feet. But his pro career never gained traction. He took off his fourth season to recalibrate, but found difficulty returning. “I trained harder than ever,” he says. “But it was so hard suffering in races … it took a toll on me, physically and emotionally. And I didn’t have that crazy ambition anymore.”

With his pro career over at age 28, Schommer returned to school to earn a bachelors in psychology and a masters in human factors & ergonomics. He has different ambitions now but, in cycling, he’ll always be remembered as a true warrior.