No one on the FMX circuit is known for bigger hucks than Robbie “Maddo” Maddison. The contemporary Evel Knievel holds more current motorcycle jumping records, and definitely has his share of broken bones. On New Year’s Eve in 2007 — on the 40th Anniversary of iconic Bell rider Evel Knievel jumping the fountains at Caesars Palace — Maddison broke the world motorcycle jumping record traveling over 322 feet. The next year, he broke his record twice, and has continued to jump everything most humans would never dare. On that list; a mock Arc de Triomphe in front of the Paris casino in Las Vegas, the massive Corinth Canal in Greece, and the start gantry at the Formula One race in Melbourne. Not only was he the first to jump over the Tower Bridge in London, he back-flipped over it with no hands. Needless to say, there’s not a lot Maddo won’t try. Lucky for fans, when he’s not performing one-off feats in front of millions of fans, he’s out on the Red Bull X-Fighters Series or scheming up the next iconic landmark to catapult his motorcycle over. 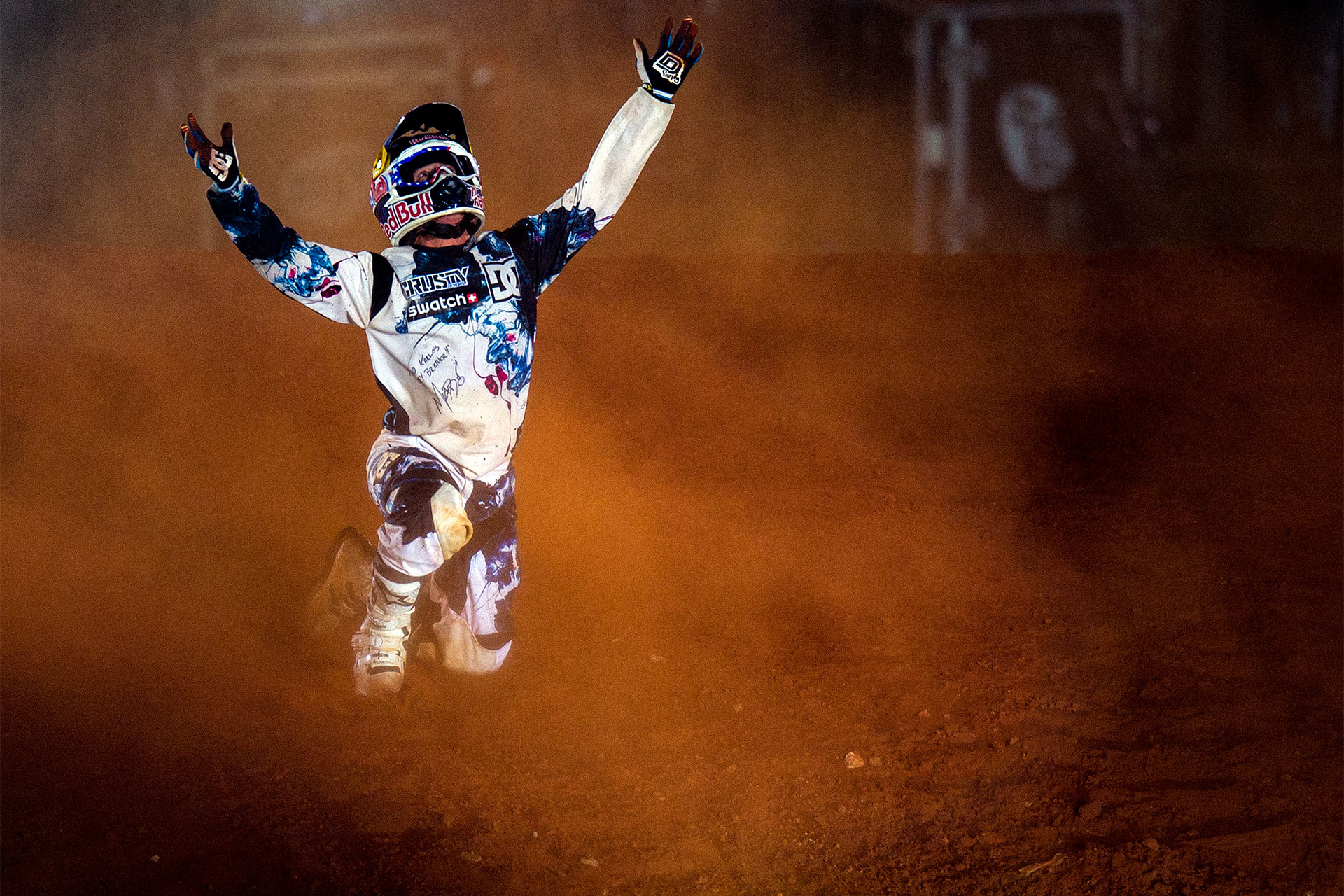